You are here: Home / Get Started / Uniforms

Uniform pants, socks, patch vest, and any other items are optional.

We are building a Pack/Troop “gmach” to facilitate the reuse of handbooks and uniforms to help keep costs down.  Details to follow.

Good deals on many scout uniform items may be found on EBAY.  Handbooks should be the CURRENT edition (use the ScoutStuff link above, for reference).  If buying a lightly-used uniform shirt, it’s advisable to avoid shirts that have had many patches previously affixed via sewing or adhesive.

Clicking any of the following links MAY display a bargain, but there is no guarantee.  You will also be paying for shipping and handling.

Hoping that a picture can say 1000 words, the images below may help in where to place patches, either by sewing or using a product like BadgeMagic, available in Scout Stores, which are like double-sided adhesive tape. 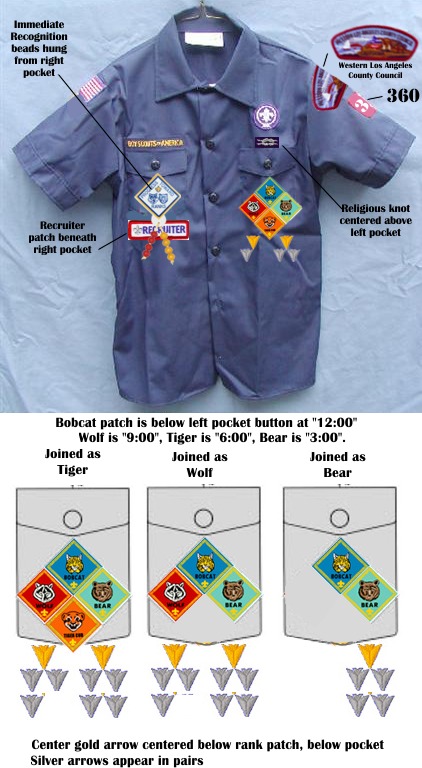 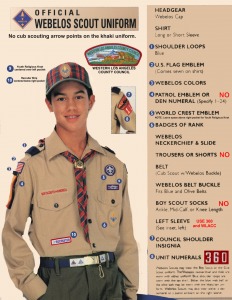 Click for larger version showing placement of insignias and patches.

Almost identical to the above Webelos uniform, except: