After signing in, General Manager Eric DeWeese showed Tigers and their families a demo of the KUSC website with introductions to music and opera designed for children, including interactive versions of Scheherazade and Hansel & Gretel. More interactive children’s content can be seen at the KUSC website in the lower right hand corner. Click the image below to go to the Hansel & Gretel page. 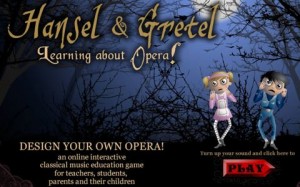 At the end of the tour, KUSC host Alan Chapman took us into the live broadcast room where he demonstrated some “audio magic” where he made a recording welcoming the “girl scouts”, spliced a “cub scouts” correction to it and then added background music, lowering the volume of the music when the spoken words were said and then showing how to make the music fade away as the recording ended. Listen to CUB SCOUTS at KUSC!